THE BATTLES OF THE REIKI WORLD

I just finished reading Frank Arjava Petter's book (The Legacy of Dr. Usui). It is an older book of his but somehow I hadn't gotten to it yet. He talks a lot in the later part of the book, about all the fighting and back biting in the Reiki world he and Chetna experienced (his wife) during the time he and she were teaching Reiki in Japan (in Sapphora). Many times he wanted to walk away from Reiki because of all this insanity but something always came up to keep him going.

Students they had taught turned on them, spread awful rumors about then, psychically attacked them, and more. When he published the book "REIKI FIRE' and announced to the world that Dr. Hayashi was not Usui's successor after his death
, all hell broke loose in the Reiki world and he received threats and hate mail, and more.
How incredible sad that even in the world of Reiki (the world of healers, Divine energy, love and compassion, the earth plane energy still gets to us and makes us monsters and egotists. Thank you Frank for hanging in there and continuing to bring us the "truth" about Reiki.

Did you know he and some of his people intensively photographed and video tapped Dr. Usui's Memorial stone in the cemetery where it is installed and spent countless hours with Chetna's parents and others who still spoke and understood the "old Japanese language" (which is what the stone is written in) to translate it for us. And was accused to making it all up? 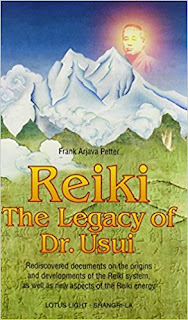 So much is going on, I don't know where to begin!  You might notice the I have a new logo for starters! And if you haven't been to my website lately, well let's just say you're in for BIG surprise!

I'm going to be writing today about some new information that has come in lately that I feel is worth sharing. First, I've always thought that just plopping a crystal around your neck, wearing a crystal/stone bracelet or earrings, or even carrying one in your pocket, was just not all there was to it.I recently got crystal book fever and purchased several new ones - The Complete Idiots Guide to Crystals by Karen Ryan, and The Illustrated Directory of Healing Crystals by Cassandra Eason, but have just been introduced to The Encyclopedia of Crystals by Judy Hall.  I have gotten a lot out of each and every one of these books, but Judy's book was the tipping point. By the way, I recommend ALL of them!She answered my question!  Yes you have to "activate" or "program" your stones if you want them to do whatever it is you are hoping to achieve by wearing or carrying them!  YES!!!!!!!!!!!!!!!!!!!!!!  So I'm running all over my house, grabbing up stones from each room and also using her methods on all the ones I wear daily. It's really easy!  First, you need to decide what it is you are wanting a stone to do for you: protect you, help you sleep better at night, repel spells, ill wishes and negative energies, take the pain away from wherever you're having pain, heal you of migraines, etc.   Then use one of these awesome reference books (or Judy Hall's "Crystal Bible" or any of her books in this series), to figure out which crystal/stone would the best choice for this issue.Next you have to de-program, clear and charge it.  Now there are tons of ways to do this, which I'm not going into here but she does mention burying them in brown rice (which I'm experimenting with right now) as one option, especially for those few that can't be soaked in a salt water solution or buried in sea salt. Then you simply hold your chosen stone in your non-dominant hand and hover your dominate hand over it, intending and visualizing your hands and the stone being surrounded in white light.  This should only take a minute or so.  Now have your programing message ready to go: Ex: I intend that I am programming this crystal/stone to help me get a better nights sleep" or to relieve my migraine, or to protect me psychic attack, ill wishes or spells and negative energies.  Continue holding it in your non-dominant hand, with dominant hand hovering over it, and say your programming intention out loud.  You can end with "So be it, and so it is" if you like. That's it! If its jewelry, put it on or put it in a pocket.You'll need to clear, charge and re-program every so often of course.I just LOVEEEEEEEEEEEEEEEEE this!!!!!!!!!!!   So get going and really utilize the full potential of all that healing power you have available to you with all those stones you have laying around all over your house or in your jewelry box! 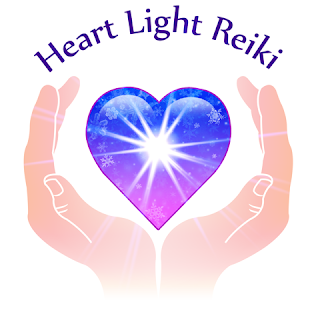 Heart-Light-Reiki,LLC
I am a certified Traditional Usui and Karuna Reiki®i Master Teacher. I have been in practice now for 14 years. I connect others to the energy that is Reiki is Reiki classes and Reiki sessions. I am also a Crystal Healer, Certified Angel Card Reader, as well as an Emotion Code Practitioner and Healing Touch Level III student.